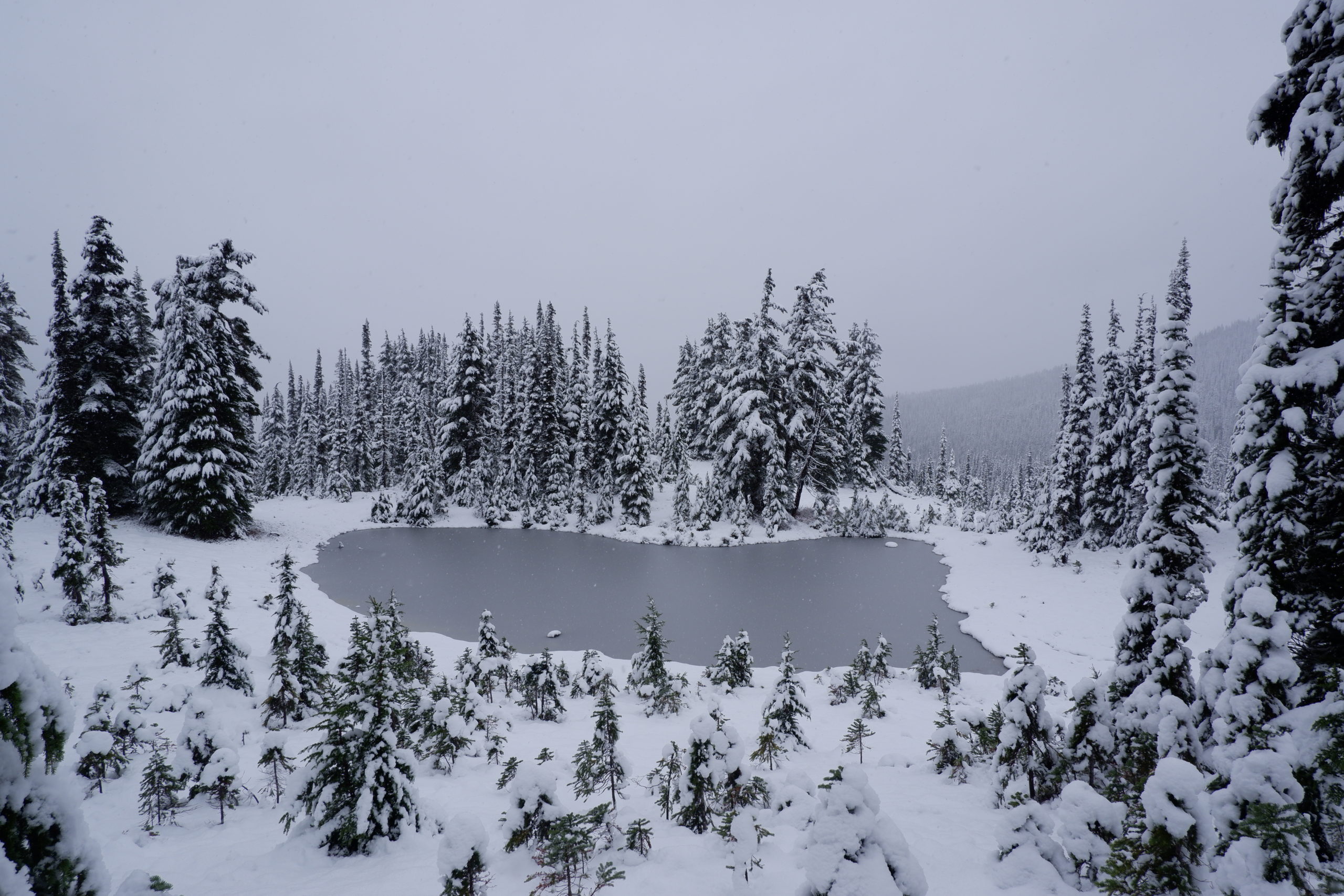 Situated at 2319 metres (7,608 feet) high the Black Tusk mountain is a stratovolcano. It is located in the Garibaldi Provincial Park of British Columbia. The Black Tusk’s spire can be seen from every direction. But it is easily noticeable from the Sea-to-sky highway just south of Whistler.

The hike up to the top in good conditions would take you about 11-12 hours to complete. However, it is all dependent on how fast you walk. The round trip is a total of 29 kilometres. You have an elevation gain of approximately 1700 metres. The best time to complete this hike is between the months of July and October. You are able to complete this hike in one day but you do not need to. Because there are several camping areas around the area in which you can stay there for a small fee.

We started our hike on the 16th of October. My good friend Connor picked me up from my house at around 8 am. It was so that we could make our way through the city and out towards Whistler. Luckily we didn’t get caught in very much traffic on our way through the city. After we got passed the Lion’s Gate bridge it was smooth sailing all the way up to Garibaldi.

At the car park, we split up all the gear between us. I had a 45-litre pack and Connor has a 65-litre pack. We were able to split the stuff respectively. We also brought along two Kukri knives as a just in case measure against the bears we may come across.

As we began our hike it began to rain but it wasn’t that cold which was the positive thing. But it wasn’t before too long that our muscles began to feel some strain. We made sure that we pushed through and just kept focusing on the goal ahead.

It took us a bit over 3 hours to get from the car park to Garibaldi Lake. This was where we were going to be staying for the night. We could see too much of the mountains surrounding the lake because of the rain cover. The water in the lake was that glacial blue colour that you see at most lakes in these mountains. The rain lasted at least the rest of the day and into the night.

They had several day shelters available for you to cook/eat your food in. They were all enclosed in with plastic windows and a door that you can close. For dinner we just had one of those MRE, the military ration packs, we had one each. They were pretty good and easy to carry and they were also pretty straight forward with heating up the food.

It was lucky for us that the door was able to close because we came across a bear then and there. It jumped up, standing on its hind legs and smacked its paws against the window. We were quite scared at that point in time and silly me didn’t have shoes on because my feet were wet. Safe to say I’ve never gotten my shoes on quicker. Luckily for us, it went away as quickly as it had come. But we had decided that we were no longer going to be staying outside in our tent. We decided to set it up inside and pulled one of the tables in front of the door.

Later that night after it had gotten dark another hiker came to the door of our shelter because he had been chased by the bear. I couldn’t imagine how scared he must have been coming close to one of them in the dark. He stayed inside the shelter with us that night because it was safer than going outside.

When dawn broke we got up and had our breakfast and the other hiker heated up some water for us so that we could have a coffee. For breakfast, we just had these cereal boxes that we and brought along with us. It was enough to give us some energy for the rest of the hike. When we looked outside it was no longer raining but it was snowing instead and I was wondering what it would be like first her up the mountain.

We said goodbye to the other hiker although we’d probably meet him further up the track. Honestly, I much preferred it snowing to raining because you could at least brush off the snow before it seeps into your clothes. We walked down to the lake and got our last few photos and videos before heading up the mountain.

As we were walking we kept on looking out for any animals that might be around luckily we didn’t see any. The further we headed up the mountain we noticed a slight change in the scenery around us. The snow was covering all of the ground around us and some of the small ponds had begun to freeze over.

After walking for approximately three kilometres we arrived at the junction to head up to the lookout of the Black Tusk. This was where it was going to get a bit harder because it was a lot more uphill. The snow started to get thicker and thicker and we lost the path at on point. We mistook one of the water runoffs as the path but luckily google maps had ours back and we found the way.

We got to a point where the snow was getting up to our knees and we realised that we had not prepared for this amount of snow. I was also hitting my limit because I would walk between 10-20 steps and then I would have to stop to catch my breath. It was then that we decided it was a good idea to turn around before and not try and push ourselves harder to make it to the top.

We made our way down the mountain, we had about 11 kilometres to walk back down. We also realised that we would have to get back down to the car park before it started to get dark. Heading down the mountain was a lot quicker than heading up. We got to get all the photos that we wanted to because we knew exactly where to stop to get the best shots. Once we got past the lake it started to rain rather than snow which was annoying but it wasn’t as hard as on the way up.

We made it down to the car park after a few hours of walking. It was safe to say all of our muscles were hurting from the walk. It used a lot of different muscles to hold our weight up on the way down. When we got to the car we changed into our warm and dry clothes and then left to go get a good feed. We were both very tired after our food and headed straight home. It felt good to be back in the comfort of home.

Overall, what we learned from this hike is that you can never be too prepared. We realised if we want to hike mountains at this time of year we should bring more snow gear with us. But we will conquer the Black Tusk once summer comes around again.

My Days in New Zealand Week 2

A Christmas Light Adventure in Melbourne