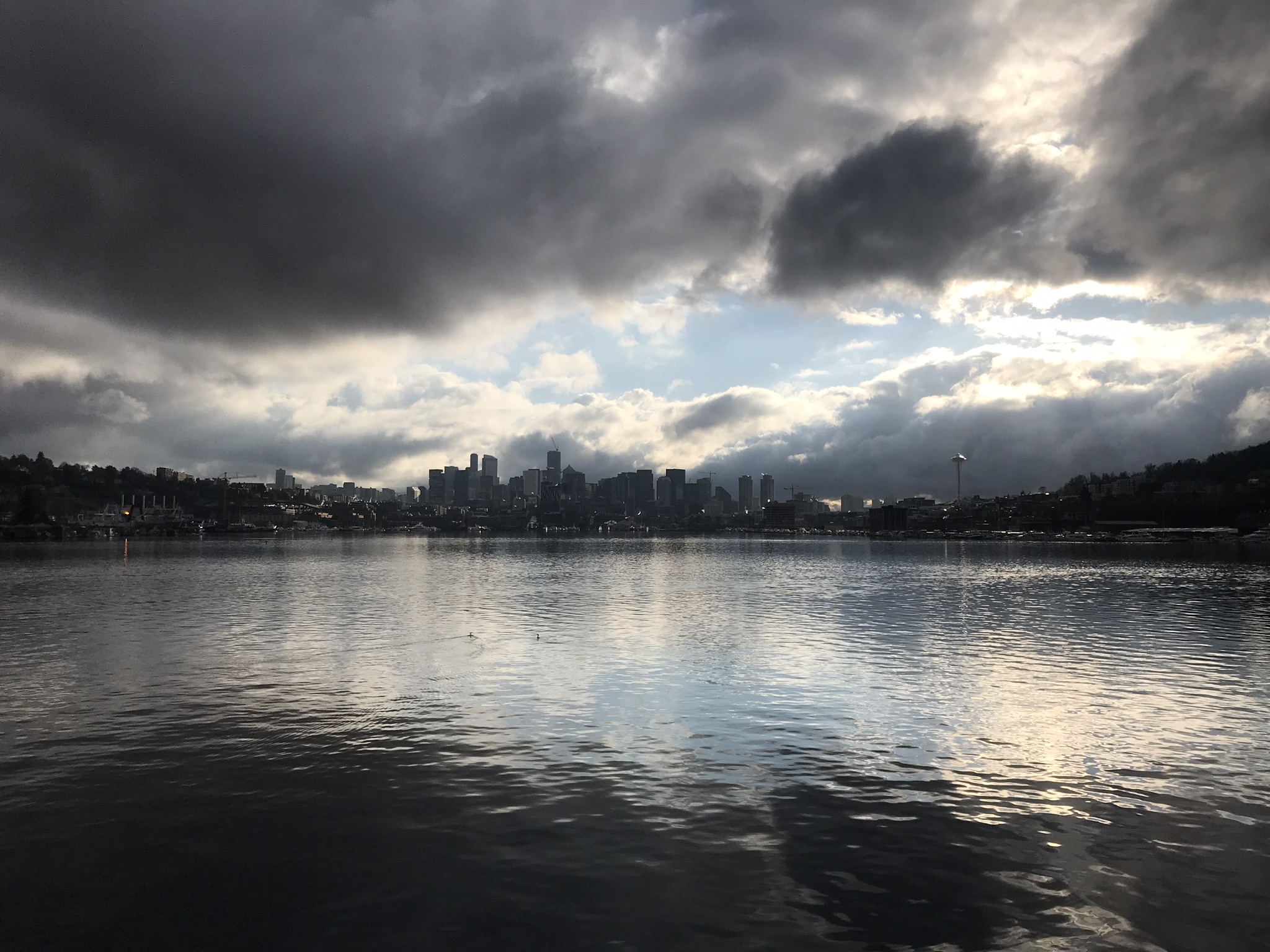 Seattle is a place much like home but with all the feelings of a foreign city.

Our weekend away in Seattle began at the Vancouver airport. This is where we picked up our new rental car. It was also going to be the first time I would be driving in Canada. Another thing I realised it would be the first time driving on the right-hand side of the road. That thought was quite daunting since I had always driven on the left whenever I needed to drive beforehand. I had a pretty good idea of the road rules since I’ve lived here for about 6 months already.

“What’s with the weed symbol (on the map)”

“They are maple leaves”

Alana to me after reading the map

We crossed the border at the Peace Memorial. It was quite easy to get across although we did have to get our car checked and all the works. They had to check us because I hadn’t been into the US since coming to Canada. Needed to make sure that everything was alright. Once they had figured that out we were on our way again. Being stopped didn’t put us behind time too much.

Our first stop was in Bellingham for breakfast or brunch should I say. We walked around the town a little bit but then found this cute cafe on one of the corners and decided to go there. Before we stopped in Bellingham we checked out the Bellingham port and we got a picturesque view out over the bay and the mountains that were in the distance.

We decided it would be best if we didn’t follow the highway and go on one of these more scenic drives. It was very gorgeous but a little scary mainly due to the fact that I was still getting used to driving. We stopped at several points along the way because they gave us some perfect views over the bays and the islands.

We made it into the outskirts of Seattle. The highway that we were driving on gave us a great view of the city in the golden hour. Our Airbnb was about a 20-minute drive south of Seattle. While we waited for the appropriate time to check into the house we decided to check out one of the lakes that were nearby. We got to see the sunset over Lake Washington and it turned the skies and clouds a pink colour. Of course, we couldn’t help but take all of the photos. We checked into our Airbnb and then decided that we should think up what exactly we were going to do for the rest of our time in Seattle.

Our day began by heading into the city and finding somewhere that we could easily park our car. We managed to find a palace down by the waterfront. By walking along the waterfront and we checked out several of the piers that they had along with the Ferris wheel. We didn’t go on the Ferris wheel this time because we thought we would need to check out as much we could.

The first stop was Starbucks or what we had thought was the first Starbucks. We realised our mistake about Starbucks once we had walked in front of the Pike Place Market. So we got our quick photos of the front of the first-ever Starbucks but decided not to go in. From there we decided that we would be looking through all of the Pike Place Market. But we didn’t actually realise how big the actual market would be. It had at least 6 levels to it and a multitude of stores within. They were ranging from food to collectibles to toys, everyone would be able to find something that they wanted.

We wanted to check out the Gum Wall. Which as you can probably guess from the name was a wall covered in the gum that people have placed there. So we decided that we wanted to make our own addition to it. We headed back to the car to grab some gum. Once we had gotten our supply we headed back to the wall and got our photos and made our additions.

From here we walked to Pioneer Square, it is here that most of the underground tours begin. It was a small little square with quite a few old buildings around, so of course, we had to get snap-happy. But we thought it best to check out one of the other historical squares called Occidental Square. Here there was a memorial to all of the firefighters of Seattle past and present.

We decided that we wouldn’t have enough time to do one of the underground tours of Seattle. We decided that we would be able to go check one of them out when we are able to come back to Seattle in the future. Because we wouldn’t have time to do the tour we made our way to the Monorail that would take us straight to the Space Needle. But we also found out that they weren’t going to be open late tonight for some reason that we did not know. Since it wasn’t going to be open late we decided to walk around the park and see everything else there was to see and go visit the Space Needle in the morning. It was a very long day for us so we made our way back to the Airbnb to rest up for the journey home.

We checked out of our Airbnb and we made our way back into the city for the last time before heading back to Vancouver. However instead of catching the monorail, this time we decided that we would drive up to Space Needle. We were lucky enough to get a park within the first five minutes of looking. The ride up the space needle was in an external elevator which provided a view of the city.

Upon reaching the top we got out and did a 360 of the top of the tower. Taking all of the photos and videos that we could. They had certain places where you could get selfies taken for you by a camera and then get it sent to your phone. The viewing areas on the top level were on the outside but once you went inside you could go downstairs to the rotating platform. It was safe to say that I felt a little scared when looking down through the clear floor. I’m not too fond of big heights but I enjoyed seeing the whole city from a new angle. I got so many good photos while we rotated around the Needle. But sadly we could,not spend all day up there we needed to get a move on and head back to Vancouver.

On the way back we stopped off at the Freemont Troll. It was a rock carving of a troll that lay under one of the bridges headed north out of Seattle. It was a cool little thing that we didn’t expect to find but was worth the stop. A few minutes down the road was the Gasworks park which was an old area where they used to get the gas to Seattle I presume. Many of the structures are still there and you can walk in amongst them. It also gave us the perfect vantage point to take photos of the Seattle skyline without anything in the way.

After that, it was basically following the roads that we had originally come on but it was good to see it in reverse. Our last stop was at this lake that someone had placed a replica of the Loch Ness monster, but this one was called Sammy. We stayed there for a while and watched the sun go down and just relaxed for a bit before we made our way to the border.

When we got to the border we almost weren’t let in because I had forgotten to bring along my working visa with me. This was because I was under the impression I didn’t need it when I left the country. Now I know to bring it with me whenever I leave Canada. After that, it was smooth sailing and we made it safely back to Vancouver and handed back with no problems. All in all, it was a great weekend away, for me it could have been longer. I will want to come back and visit Seattle that is for sure because there were so many small things that we could have looked at.

My First Journey Into The Unknown