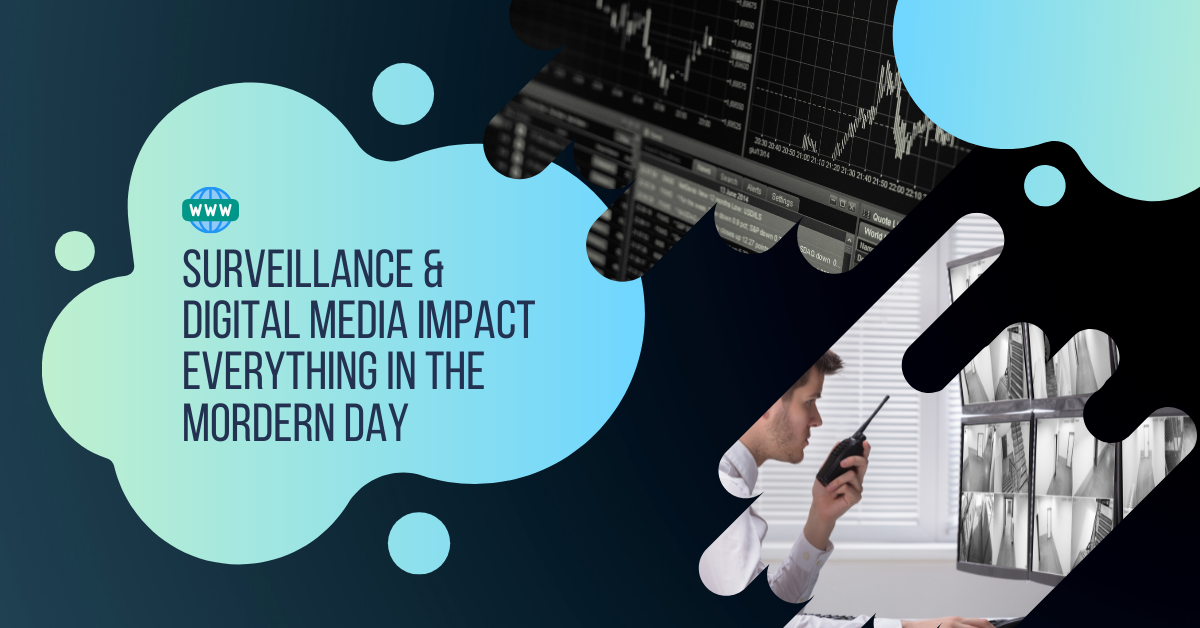 Without a balanced perspective, one can argue that it increases the likeliness that the concepts and complexity of surveillance processes and practices will not be understood. Or that they may be construed as being something else.

White puts forth the idea which many people in modern times would agree with. ‘We do not like being watched by strangers and are uneasy about the routine recording of our online activities’ (White 2014: 145). This is a concept that many people feel helpless to solve so they relegate the notion to the backs of their minds. White also argues (White 2014: 145) that the latest digital technology has increased the growth of global computer networks and their access to individual data systems. He also argues that ‘Databases create social identities for people on the basis of certain parameters’ (White 2014: 148). This aspect arguably is a concern of many people when they concern themselves with digital media and the technologies surrounding it.

Both Bennett and Lyon argue similar ideas surrounding surveillance. Bennett argues that ‘surveillance has arguably become routine, normal or “everyday” and reaches into every corner of modern life’ (Bennett 2015: 371). For Lyon, he articulates surveillance as ‘any collection and processing of personal data, whether identifiable or not, for the purposes of influencing or managing those whose data have been garnered’ (Lyon 2001: 2). This definition of surveillance is the one that will be referred to when using the term surveillance.

With the ever-increasing use of technology in the world, data from each individual is being spread throughout multiple different sites. José Van Dijck defines the term ‘datafication’ as ‘the rapidly growing practice of transforming “social action into online quantified data, thus allowing for real-time tracking and predictive analysis”’ (Van Dijck 2017: 198). For many people, this idea of datafication is quite a terrifying concept as it leads them to believe that they are in essence being tracked through everything they do. In many cases this aspect is true, many companies and corporations use data from customers and individuals in order to tailor their business models.

In the digital age of technology, everything is almost only one click away. On the internet you have access to multiple kinds of webcams that feature ‘semi-public spaces; one can click into hairdressers’ saloons, bars and cafes, taxi cars driving around, zoos, or have a look at nature reserves, beaches, slalom resorts, etc.’ (Koskela 2006:163). Koskela articulates further about the use of webcams, ‘apart from being part of the virtual realm, webcams give new meanings to real places, add to them a new layer of interpretations, and link the virtual and material worlds’ (Koskela 2006: 163).

Van Dijck argues that ‘datafication has grown to become an accepted new paradigm for understanding sociality and social behavior’ (Van Dijck 2017:198). Many companies and government entities use different aspects of people’s data in order to understand social norms and their behaviour. Van Dijck through using a study by Kosinski and others ‘how private traits and attributes are predictable from digital records of human behavior’ (Van Dijck 2017: 200). Further on from this Van Dijck states that ‘viewpoints of surveillance and marketing, predictive analytics—relating (meta)data patterns to individual’s actual or potential behavior and vice versa—yields powerful information about who we are and what we do’ (Van Dijck 2017: 200). All of these statements from Van Dijck show how having a balanced perspective when it comes to surveillance is needed in order to under its complexity in modern society.

Bennett further argues that ‘surveillance has particular and somewhat different, effects depending on whether we are consumers, employees, immigrants, suspects, students, patients or any number of other actors’ (Bennett 2015: 371). This point by Bennett is another reason why having a balanced perspective to best understand the complexity of surveillance processes and practices. Because surveillance can affect individuals in different ways having this balanced look will allow you to view the concept from different angles.

Furthering on from the previous statement Bennett states that ‘surveillance still assumes a place in the popular consciousness as a negative force that compromises those freedoms upon which democratic societies are founded, including privacy, and freedom of speech and association’ (Bennett 2015: 381). As pointed out at the beginning of the piece many individuals view surveillance as a negative concept. ‘The anti-democratic nature of surveillance is reinforced by the prevalence of Orwellian and Kafaesque metaphor and imagery. Various symbols have been used over the years to equate excessive surveillance with the slippery slope to authoritarian repression’ (Bennett 2015: 381). Surveillance plays many pivotal roles in modern-day society, many of which are to the benefit of society as a whole. However, on the same point, it is easy to understand how some individuals could be scared of the idea of surveillance and how it could get out of control if it is not treated with respect.

Surveillance and its practices will be ever increasing in the modern-day society that uses more and more forms of digital media. Each of these different forms of digital media has aspects that can be tracked or catalogued for use by other individuals or corporations. Without having a balanced perspective, you would not be able to fully understand the complexity of surveillance processes and practices. Or because of its complexity, you may find yourself being drawn into a certain aspect and view it in a way that it is not intended.

Haggerty, KD (2006) ‘Tear down the walls: on demolishing the panopticon’ in Lyon, D (ed.) Theorizing Surveillance: The Panopticon and Beyond, Willan Publishing, Cullompton.

Koskela, H (2006) ‘The other side of surveillance: webcams, power and agency’ in Lyon, D (ed.) Theorizing Surveillance: The Panopticon and Beyond, Willan Publishing, Cullompton.