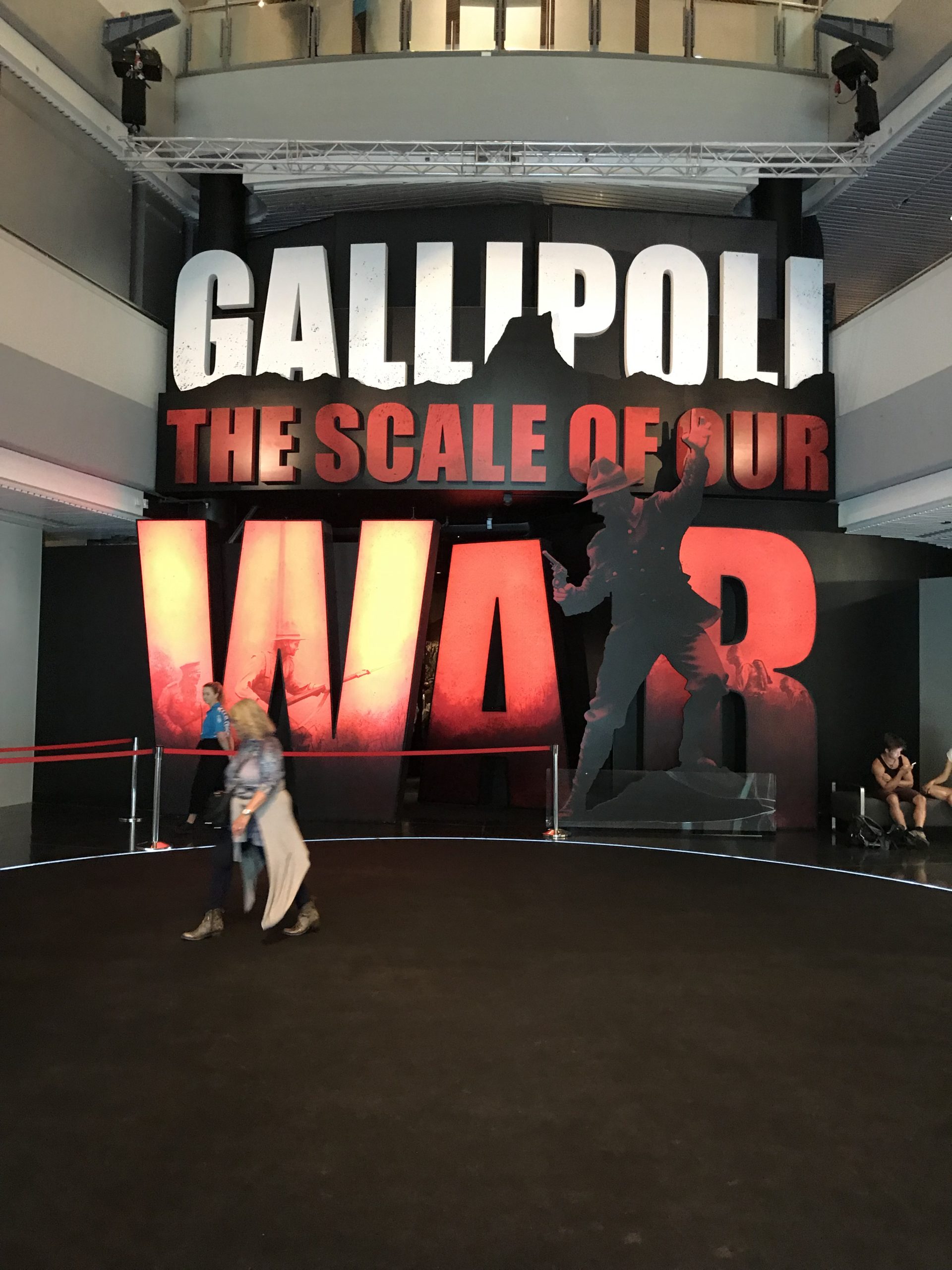 We got to visit Te Papa Tangawera which is the national museum of New Zealand. It is filled with a plethora of cultural artefacts, all tied with the Maori culture and its connection to New Zealand.

It had a section dedicated to the Waitangi treaty. Although in these sections we were told that we weren’t allowed to take any video or take any photos. so naturally we respected the request that was made. the amount of stuff that was n there was really interesting. all the more exhibits that they had given you an insight into their culture.

There was an exhibition that was running at the same time that we were there. It was called ‘Gallipoli, the scale of our war’. The exhibit showed all of the information about the battle of Gallipoli and all of the major events that happened at that time. It was also filled with the life-like replicas of people. You heard recordings of people reading out their stories and it felt like you were there with them when they were being written.

the replicas were so lifelike that they actually looked as they they were real people. the amount of time that went into this exhibit was immense, you could just see from the craftsmanship of each of the exhibitions that were there.

This was the last night that we were in New Zealand and we caught up with some of the other Contiki people who had started in Auckland, we partied the night away and I potentially may have partied a little too hard for my own good.

We went up to the funicular which took us to the top of the mountain around Wellington and gave us a perfect view of the whole city. we could see all of the different places that we visited during our Contiki trip. We also saw the museum that we went to just the day before. I always enjoy going up the funiculars, the way they work always interests me.

Although it wasn’t the greatest start to the morning with me feeling rather terrible the fresh air at the top made me feel a whole lot better.

It was a pity that we were unable to stay up there for very long because we had to head back to the hostel to retrieve our bags and then make our way to the airport.

We made our way to the airport from our hostel, it wasn’t too long of a journey. At the airport, there was the head of the dragon ‘Smaug’ from The Hobbit. It would activate every now and then and open its eyes.

With no problems making it on the plane which was a blessing because I always feel a little bit of stress when getting to the airport and getting on the plane. I always hope that our luggage makes it on and things like that.

As you can tell we made it safely back home.

When we got back it was safe to say that we already wanted to go on another adventure. We started to plan our next trip that we were going to take together because we had reignited the travel bug that we both had. It would have to be after I went to Canada though or she could visit me over there and we could go on adventures. But I cannot wait to come and visit New Zealand once again.

One thing that I have learned from my travels is that you can never be too prepared for your journey as little things can pop up unexpectedly but they make it all worthwhile as well, they make it more of an adventure.

It is why I decide to have somewhat of a plan where I know a few major things that I wish to do and then I find all the other stuff to do along the way. I find that it is the best way to do things, but that is just me and everyone has there own way of doing things and also levels of comfort.

Spending My Birthday as a Tourist

My Days in New Zealand Week 1