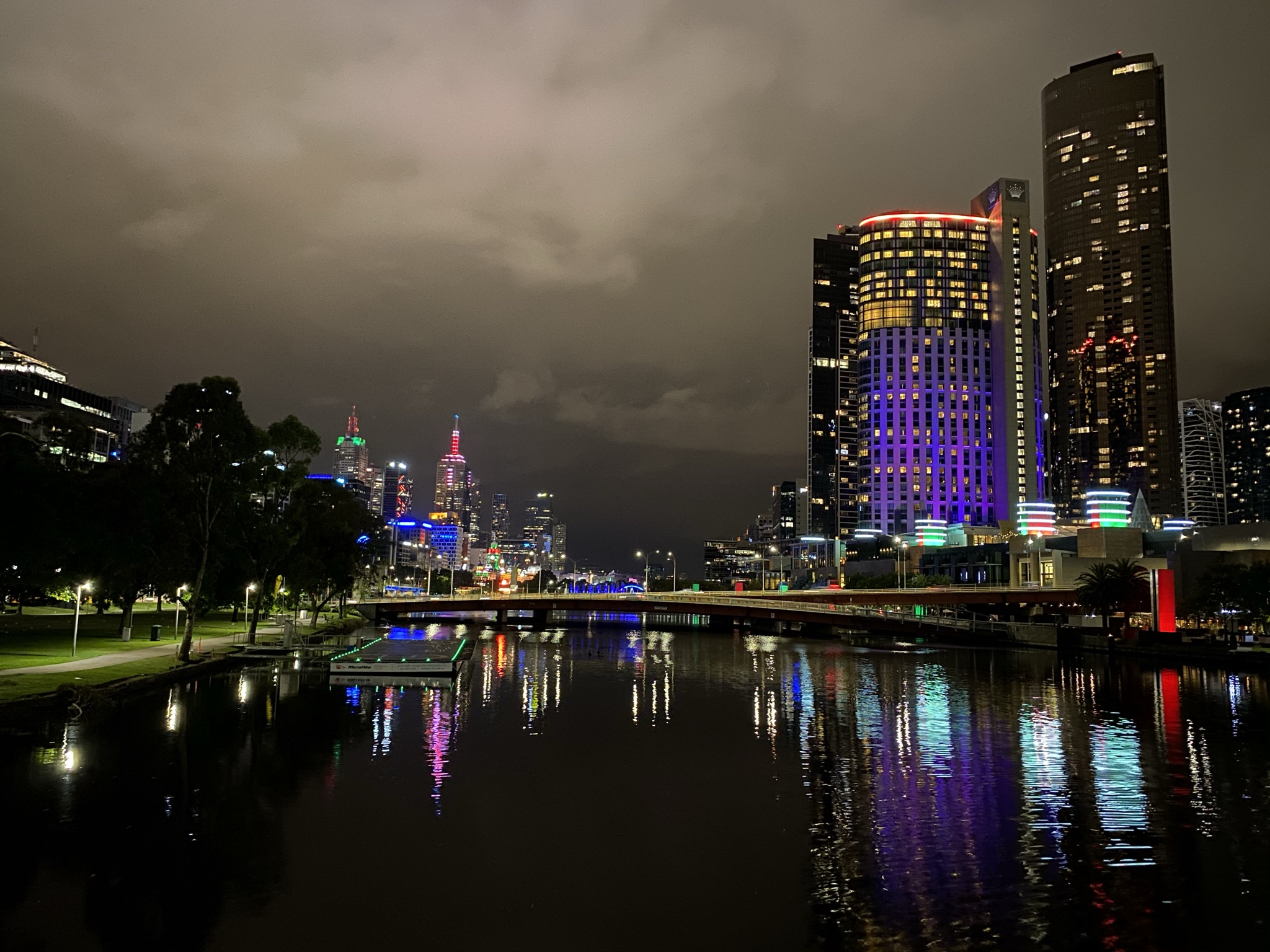 This one will be a short one, but it will still be a good one because who doesn’t love Christmas and adventures to go along with that time of the year.

About two days before Christmas, my girlfriend and I had the grand old idea to head into the city to view all of Melbourne’s Christmas lights on display.

Both of us are suckers for Christmas, and we both love to get into the Christmas spirit. Last year we both spent Christmas away from home. We both were in Canada, and my girlfriend was visiting me. Safe to say that made the Christmas a whole lot better. But I can say that nothing beats having Christmas at home.

We began the night off by travelling in during the afternoon to fetch some dinner before it became dark. We knew that it was likely to be busy later given that it was only a matter of days until Christmas. We meandered our way through the city and found ourselves some dinner at a pub in Melbourne central. There we spent the next few hours eating and drinking until night came to pass.

Once the night had come, all the lights had come out. We first gazed at the large shot tower located in Melbourne central. They had lit this one up with a LED light show. It was full of Christmas colours. But we had to keep moving there was still a lot to see.

The library just across the road from Melbourne central was adorned with a light display. The entire front was covered in a colour that would change and play a theme across it. There was also music that filled the air and changed with the lights. There were so many people camped out the front we had to weasel our way through to find a good vantage spot.

We made our way down the Burke Street Mall and gazed at the Myer Music Window from afar. The line to view the window stretched several hundred metres, and we were in the mood to wait the entire time. So we peeked above the crowds and walked down. Darting through the crowds that were all about us, we got to see enough.

It was only a short tram ride to our next destination. The Crown Plaza. We knew that they would have a nice display up for everyone to see. We took the long way and walked through the length of the plaza and came upon the sweet sight of Christmas lights. They were amazing. They filled the air with an ambient colour. Everyone wanted to get their photos of it to remember the view. This was the first time I had seen the Christmas lights up on display in the PLaza and safe to say I was not disappointed.

When we were outside to took our time walking back to Flinders Street Station. We took in the flaming towers outside of crown and watched them breathe their towers of flame. A nice sight for anyone who is visiting Melbourne.

The last stop on our adventure for the night was Fed Square. There were several large Christmas displays up for viewing, and we wanted to see them. The best part about it was the massive neon Christmas tree they had near the entrance. This was probably the best part of the night when it came to Christmas lights.

We left the city feeling fulfilled in our adventure, and our Christmas spirit was high. We were looking forward to the coming days. It was a nice way to get more into the Christmas spirit and explore the gorgeous city that we have to offer.

My Days in New Zealand Week 1

My Life In Canada: End of the road trip